If you want a more realistic, modern-day James Bond, complete with contemporary ethical concerns, you will be held hostage to the fast action & intrigue

Seth Rogan was a bad spy. That’s because he wasn’t a spy at all. Just a guy trying to do the right thing. As a biologist for the largest biotech company in the world, he had a great job, and enjoyed all the perks. But when asked to do some tests on the company’s genetically engineered (GMO) foods, he uncovered secrets that entangled him in a web of corruption, fraud and conspiracy that he wanted no part of, but could not escape from. In an espionage story of mystery and suspense so true to life it could almost be from today’s newspapers, Seth, having bit the hand who fed him, is on the run from CIA, the FBI, and the full overreaching strength of the United States government, charged with espionage, who finds temporary refuge with an old enemy-Russia. But his peace is about to be broken as he finds himself in the role of an involuntary spy.

Jump into the action on the very first page

˃˃˃ Go on a roller coaster thrill ride of international intrigue and cat and mouse espionage:

Seth is always one heart-pounding step ahead of the CIA and the FBI, who follow his every move. Fleeing the country like Edward Snowden, Seth wages a battle of wits against the CIA, the FBI and double agents to bring the message of the dangers of genetically engineered foods and government corruption to the people.

˃˃˃ An Involuntary Spy rocketed to the top of these Best Seller Lists:

“Any who want a more realistic, modern-day James Bond complete with contemporary ethical concerns will find themselves held hostage to the fast action and intrigue in An Involuntary Spy, right up to the satisfyingly-unpredictable conclusion made all the more powerful for its real basis in today’s uncertain experiments, compliments of Monsanto, Dow and other genetic manipulators.” D.Donovan, Midwest Book Review

“Once you start reading it, you won’t be able to put it down”

“If even a shadow of this is true, the world is not safe. Read it.”

“Russian rogues, the FBI, the CIA. Bloodshed and murder trace his steps throughout Russia”

“It makes me wonder how much more the government and big business are keeping from the general public.”

“Scientist turned whistleblower and involuntary spy is on the run from his employer and government agencies.”

“It certainly opened my eyes as to what big corporations are doing in this country and their greed at the expense of our health.”

“Couldn’t put it down” 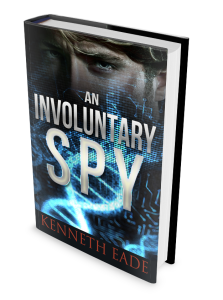 I like to reward all my readers for their loyalty with freebies and discounts. Please send me an email at: info@timessquarepublishing.net to participate.
I always try to tell a good story, one with a compelling plot that will keep the pages turning. That is my first and primary goal. Sometimes I can tackle an issue-homelessness, tobacco litigation, insurance fraud, the death penalty-and wrap a good story around it. -John Grisham.  That is the idea behind this book, which I hope does both.
If you like this book, then check out my latest novels; Brent Marks Legal Thriller Series- Predatory Kill ASIN: B00JNNFEJ2 (about a lawyer who battles a predatory lender in court and becomes involved with a murder investigation) and the newest one, HOA Wire, ASIN: B00QPD8HF6  (The president of the homeowner’s association is murdered and all the residents are suspects,) and A Patriot’s Act, ASIN: B00MQ9TK0O, the prequel to Predatory Kill (When a naturalized American citizen turns up missing in Iraq, Brent Marks fights the Goliath U.S. Government’s Patriot Act with its own Constitution to set him free,)